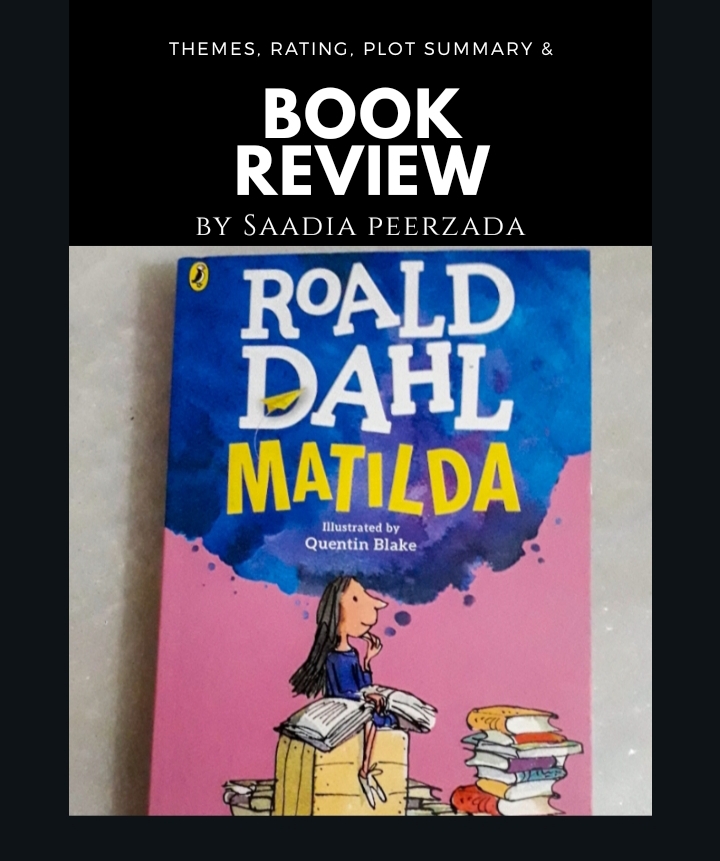 Plot Summary: Matilda, written by Roald Dahl and illustrated by Quentin Blake tells the story of a very young girl who is an extraordinarily bright kid for her age, quick to learn new things but never appreciated, rather disregarded by her parents. She teaches herself to read by the age of 3 through newspapers and magazines. On finishing the only book in her house, she asks her father to buy her one, to which he sternly refuses. Her father believed in spending his leisure time watching the television and her mother played bingo every afternoon. Matilda sets out by herself to the library and over the course of a few weeks, reads all the children’s books in the library. In the following 6 months, she reads the works of authors like Dickens, Bronte, Austen, Hemingway and George Orwells. All of this happens without her parents’ knowledge who still think that she’s unworthy . She turns to to acts like gluing her father’s hat to his head, hiding a friend’s parrot in the chimney to give the impression of a burglar or a ghost and secretly bleaching her father’s hair, to get revenge on her parents for regarding her with contempt.

On joining kindergarten, Matilda befriends her teacher, Ms Honey, who is astonished by Matilda’s ability to recite tables and read long and complex sentences. She tries to move her into a higher class to guide her within a competition that was up to her cognitive abilities but is refused by the brutish headmistress, Miss Agatha Trunchbull. Miss Honey also tries to talk to Matilda’s parents about her intellectual abilities, but they pay her no heed. Matilda develops a strong bond with Miss Honey and watches as Miss Trunchbull terrorizes her students with over-the-top punishments to prevent parents from believing their children complaining. When Matilda’s friend, Lavender, plays a practical joke on Miss Trunchbull, Matilda uses an sudden, bizarre power of telekinesis to tip the glass of water containing a newt onto Miss Trunchbull.

After Matilda reveals her powers to Miss Honey, Miss Honey reveals that she was raised by an cruel, brutish aunt after the dubious death of her father. Her aunt is revealed to be Miss Trunchbull, who withholds her niece’s inheritance so that Miss Honey has to live in destitution in a shabby, insecure farm cottage. Preparing to extract retribution for Miss Honey, Matilda develops her telekinetic ability by practicing at home. Later, during a lesson that Miss Trunchbull is teaching, Matilda telekinetically raises a piece of chalk to the blackboard and writes on it, acting as the spirit of Miss Honey’s late father and demanding that Miss Trunchbull hand over Miss Honey’s house and wages and leave the area for good.

Miss Trunchbull’s house is later found empty with no sign of where she went. Matilda continues to visit Miss Honey’s now returned house regularly. One day  she finds her parents and her older brother in a hurry, packing to escape from the police, who are after her father for selling stolen cars. Matilda tells them that she wants to live with Miss Honey, to which her parents uninterruptedly agree. Hence, both Matilda and Miss Honey find their happy ending, and the school’s atmosphere improves immensely under Mr. Trilby, the new head of school. 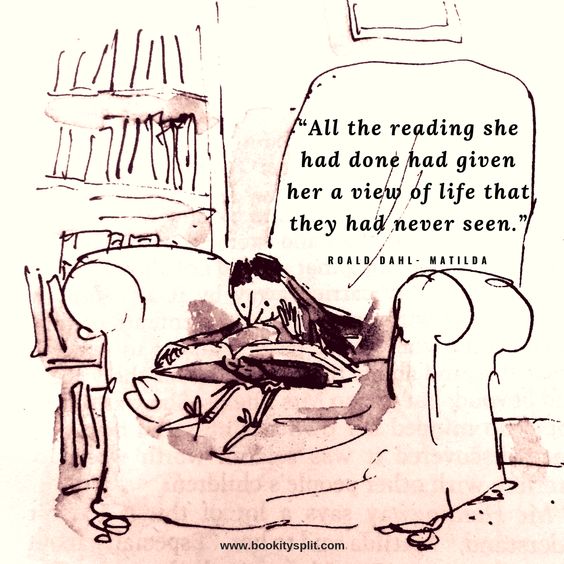 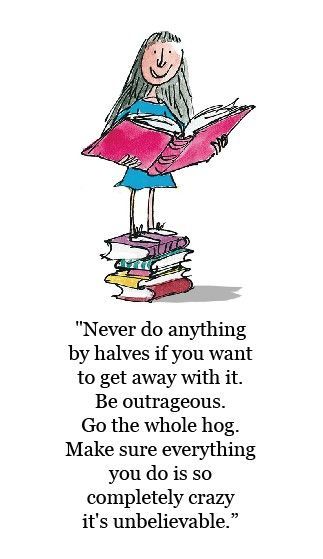 Review:  The book is fast paced which makes it a really fun read. The intricate way of weaving important lessons into a story for children leaves a lasting impression on the reader. The writing style is simple, perfect for new readers. The expressions used by Roald Dahl are hilarious and perfectly fitting at the same time. The character building is masterfully done, the side characters add to the dynamic nature of the book. Every character’s values shine clearly through the writing.

“Why does a part of us not want to know what Matilda has become? Somewhere in our heart of hearts we never want Matilda to grow up – we want her to be like Peter Pan, eternally young.” ~ Cressida Cowell